Outsourcing as a Growth Hack: Could Working With an Agency Help Grow Your Sales? 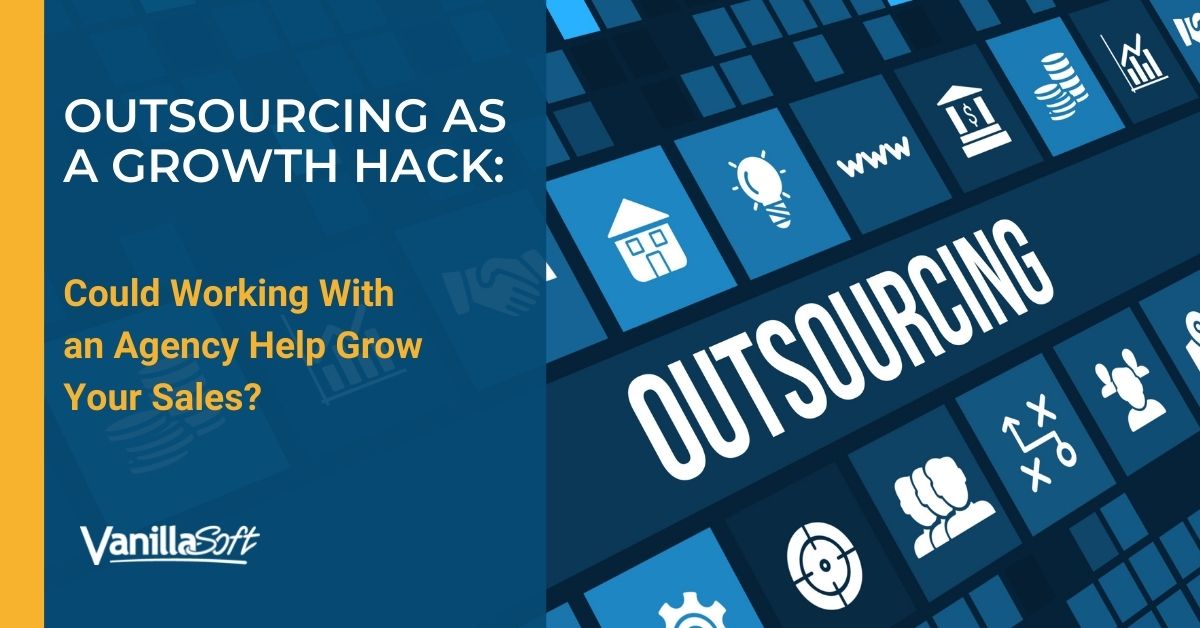 Bridges are such poetic structures. Over millennia, we humans have engineered spectacular spans of all kinds, from Roman viaducts to the iconic Brooklyn Bridge. But the humble causeway, a kind of raised-road bridge typically built over low-lying land, dates back to the Neolithic Age.

Today, Rick Endrulat, president and co-founder of Virtual Causeway, introduces us to another kind of bridge. One that aims to reconcile the divide between a prospect and a client – creating a digital path to revenue, if you will. His agency provides outsourced B2B sales, marketing, and market research services for companies of every size and in a wide range of industries.

That breadth of experience is Virtual Causeway’s secret weapon. They do it all, and they’re agile enough to serve startups and enterprise organizations alike.

On an episode of INSIDE Inside Sales, Rick shares his insights on why outsourcing is a smart move, best practices for working with an agency, the critical role sales reps play (hint: it’s still very much the same), and the pitfalls of the all-too-common sales/marketing divide.

“There can be a disconnect between sales and marketing, and we can help them get aligned as well,” he says. “We’re really a demand generation agency.”

Reach out to go above and beyond

“When we started back in 2001, outsourcing was a bad word,” says Rick.

“For any of our clients to even think about outsourcing, especially key parts of their sales or marketing processes, was pretty difficult. From a sales standpoint, we spent most of our time dealing with objections.”

Today, outsourcing is fairly commonplace. But 20 years ago, especially in the realm of sales, it was connected (or conflated) with telemarketing. And telemarketers had a reputation for being untrustworthy.

However, that’s lightyears away from what Virtual Causeway does: It’s hyper-focused on processes and driven by data. They’ve honed systems over time and sharpen them regularly.

A good agency sees what works (and what doesn’t) in countless scenarios. An outside team will also almost certainly bring knowledge to the table beyond the scope of your project.

It’s a challenge for any outside vendor: “If somebody is not happy with how things are going, it’s easy to be a scapegoat,” says Rick.

Sometimes when onboarding a client, he just knows they’ll push back with objections to proposed processes, based on how they do things.

That’s why Rick is obsessive about data. If one of his agency’s campaigns for a client isn’t successful, it has quantitative and qualitative data to explain why. It can engage in frank, informed discussions with clients and avoid emotional decisions.

If the numbers show traction in a particular area, they can laser-focus on it, says Rick. Perhaps they can adjust the ICP, or the target market, or even the client’s expectations.

Lead generation is a prime example of how expectations meet reality in an agency setting.

If one of Virtual Causeway’s clients hires them to generate leads, “we’ll spend a lot of time upfront talking through, and developing, a lead scorecard,” he explains.

The scorecard outlines what to expect from leads, defining their content and status – like whether they’re MQLs or “something a little further along in the process,” he adds. “We’ll come up with a service-level agreement saying, this is what a lead will look like when we hand it over to you.”

In spite of their best efforts, there’s still a learning curve for some clients.

“I’m a salesperson and also a marketer, so I can say this: Often salespeople are expecting a deal, not a lead.”

That difficulty is amplified by siloed marketing and sales departments.

That’s usually because, like a rock-hard avocado, they’re nowhere near ripe enough.

“Hopefully, we help by nurturing the leads. We move them further along to be more sales-ready.”

Outsourcing sales as a growth hack

If you’re an SDR and your sales management team says: We need help. We’re gonna bring on a outsource sales development agency.

Cue the confetti, or get ready to dust off your resume?

But he’s quick to note that outsourcing is often a supplement, not a replacement.

About half of his company’s clients use its services in conjunction with their sales development or inside sales teams.

“Maybe we’re brought in to be the front end of the sales process. Or we’re working on a specific product or geography. We’re generating leads and feeding the in-house team.”

Those clients are usually looking to scale quickly, he adds.

“They need to grow, so they bring us on to help them up the ramp. Then they might bring it back in-house, or keep us working parallel.”

What is the relationship like with an outsourced team?

“Feedback is important, obviously,” says Rick. But it’s not a post-project wrap-up; it’s a process that starts long before the first number is dialed.

He recommends working closely with an agency at the outset to define the deliverables and establish criteria for scoring them. In the case of leads, they “could be as simple as BANT criteria: budget, authority, need, timeline,” he explains.

Ultimately, it’s crucial to create a baseline – a “scorecard” to compare against, Rick notes.

“When we hand leads over to clients, depending on how much bandwidth their internal team has, we may just hand over a contact name, saying: This person’s interested; here’s some of the qualification criteria. They’ve consumed a piece of content, or there’s been some kind of way to do a warm handoff.”

Other clients want the agency to nurture leads until they are ready for the sales team to take over with a conference call or a demo. Every client’s needs are different, but the leads are always compared to the agreed-upon scorecard.

If your outsourced leads (or whatever you contract an agency to do) doesn’t meet your scorecard criteria, you’ve got to speak up.

“We’re not going to get better unless we get feedback,” Rick says. “To be successful, we need to be an integrated part of your overall plan.”

You break it, they won’t buy it

Integrating an outsourced team’s efforts into your company’s own requires accountability – from sales reps.

“Remember: Vendors are getting paid to generate these leads,” says Rick. “So you need to treat them with the right amount of respect.”

But just because you paid good money for those leads doesn’t mean they convert themselves. Even the freshest, hottest leads are not going to follow up with you.

And, “as a salesperson, you should never expect they’re waiting to talk to you,” Rick adds.

“You have to sell to them. You still need to put the effort in.”

That means following up by phone, email, and/or whatever touchpoints are necessary.

“In most cases, if somebody’s seeing real value, they’ll respond,” says Rick. “But especially if you’re targeting a decision-maker, they get busy. You need to still work them, even though they’ve already expressed some interest.”

He has repeatedly seen promising leads fizzle because a salesperson “broke the process when, ironically, they could have made a lot of money.”

Just remember: It’s incumbent upon the sales rep to follow up quickly and with appropriate messaging, Rick says.

An agency can do amazing things – but “they’re not gift wrapping this for you.”