5 Classic Sales Techniques That Are Actually Losing You Deals (And $) 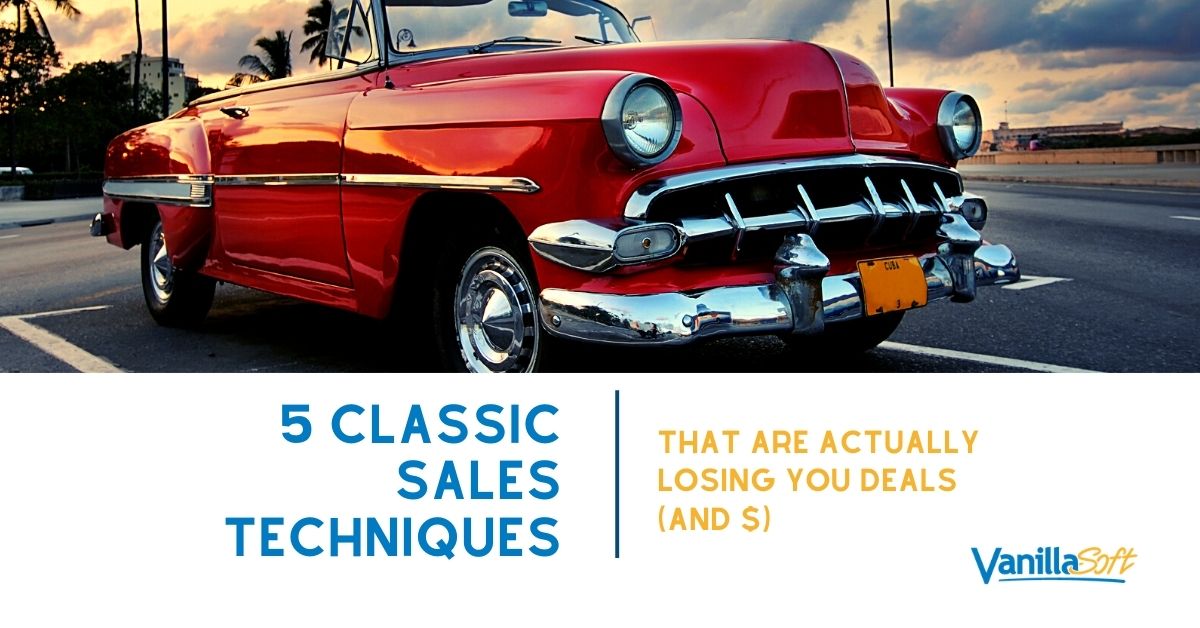 In the sales game, it’s easy to get stuck in motivational-poster mode.

The struggle is real. So is the burnout.

That’s what Colleen Francis, renowned sales leader and owner of Engage Selling Solutions, found when she checked in with a longtime client in the finance sector.

“When I first started working with them, 10 or so years ago, they were doing things in a very traditional way. And they were getting great results. They were making 30 calls, getting one sale, but their sales were big, and they were talking to top executives.”

Fast forward about five years: Colleen comes back to the company, and the team is exhausted.

They weren’t paying attention to the metrics, and it was taking them four or five times the work to get the same number of deals done. They were working up to 12 hours a day. But because they were still crushing the numbers, they didn’t change their approach.

Turns out, the skills they were taught –– skills that once served them well –– were decreasing in profitability.

That was the catalyst for a blog post Colleen wrote called “Sales Advice You Need to Ignore Today,” in which she identifies five unprofitable skills that just aren’t relevant anymore.

On an episode of INSIDE Inside Sales, Colleen calls in to discuss what classic sales tactics should be canceled. And she’s not afraid to ruffle a few feathers.

The only thing that should be ice cold is your beer at the end of a long day. 🍻

It might sound controversial to fans of this podcast, who’ve heard expert after expert preach the gospel that cold calling works.

Colleen’s take? “This is flat-out wrong.”

“People get their knickers in a knot when I bring this up,” Colleen says. “They think I’m saying that the telephone doesn’t work. That’s not true. The telephone in isolation when calling strangers who don’t know you or your company –– that does not work.”

The statistics bear this out, she argues. Years ago, her clients had a 2 to 10% success rate with cold calling. Now, it’s down to one-third of 1%. Ouch!

But for most B2B customers, a bet with a rate that dismal is a waste of resources.

So what does work today? First, untwist your knickers. Then “find ways to warm up that call,” Colleen says.

It’s a bit of a learning curve for Colleen’s clients in traditional industries like manufacturing, especially firms with field sales reps who came up with a shoe-leather, person-to-person mentality. You can’t do a pop-in at an industrial park anymore because of security concerns.

The founders of OutBound, like Mark Hunter and Mike Weinberg, are not the biggest advocates of social selling –– hence the whole premise of the conference. Is it an effective channel to warm up what would be a cold call?

“I love disagreeing with these guys,” Colleen says. She sees social networks as “absolutely a precursor” –– 75% of B2B buyers use LinkedIn to make buying decisions. And that number is growing.

However, she does agree about how to use social. It should never be the ground on which to pitch. Use it for gathering information on who to call, or figuring out what prospects are interested in.

“It’s also a way to showcase your value,” she adds. “Posting case studies, news stories, educational pieces, and videos … people get familiar with your work and the value you deliver.

“So when you do pick up the phone to call them, they’re like, Oh, hey, I see you on LinkedIn. That’s the kind of warm relationship that you want.”

“Call high” means contacting the CEO, or C-level execs at the company you’re after –– maybe a V-level leader if they’re in charge of the budget. Even if they delegate decision-making down the ladder, the theory is to start at the top.

Colleen vehemently disagrees. She argues that sellers can get stuck trying to reach an executive and “inadvertently create a gatekeeper for themselves they can’t get through.”

In today’s marketplace, it’s better to create what she calls a “buyer community.”

The old thinking was based on formal roles and strict hierarchy within organizations. But now, “there’s an entire community of people your buyers are relying on for information,” Colleen says.
“We have to influence that buyer from the bottom, from the sides, from the top –– all over.”

Don’t #3: All referrals are equal

In the digital age, we depend on reviews and recommendations for almost everything we buy, or hire someone to do –– from dinner delivery on Grubhub and gifts on Etsy, to plumbers via Angie’s List and bikini waxers with the help of Yelp (or preferably, your real friends, who may be familiar with your threshold for pain).

So why wouldn’t you ask every one of your clients for referrals?

Colleen’s theory: Only ask people for referrals if they’re the kind of client you want more of in your pipeline. If you ask everyone –– ”including their terrible, cheap, nasty, mean, high-maintenance customers, who do you think those people know?”

Don’t #4: The leadership ladder is the only way up

Many INSIDE Inside Sales listeners aspire to sales rock-stardom. Maybe you’re one of them. You want the book deals, the bright lights of conference stages, courtside seats, and platinum-level frequent-flyer status. And that’s awesome. You do you, boo!

If that’s the case, you probably have a career path in mind. But Colleen argues that even the highest levels of success can take many forms, and one size definitely doesn’t fit all.

“Selling and sales leadership are two completely different skills. Great salespeople are often not great leaders. And that’s okay. Organizational leaders should be conscious and empathetic about the fact that a great seller can stay a great seller ––  and just sell more.”

Sales reps should feel comfortable with that, too.

“Because we’re competitive, we think moving up through the ranks is the most important thing,” she adds. “I’ve seen many top-performing salespeople fail as leaders because they hate the job. But they think it’s something they’re supposed to do.”

It’s such a quintessential sales axiom that it bled over into popular culture courtesy of David Mamet’s “Glengarry Glen Ross.”

Colleen thinks “ABC” should be left in the dustbin of 20th-century history.

“There’s a time and a place for closing,” she says. “Salespeople who try to close too early are seen as overly aggressive.”

Closing isn’t just asking for the sale, she points out. Even if you don’t make the ask, what you do talk about –– especially if you make it all about you –– can turn off prospects just as much as a hard pitch.

“I was approached by a company that sells data. We got on the first call and they demoed the product to me. But the call was all about: This is our product.”

She felt that the focus of the conversation was just a setup to closing. “It’s off-putting,” she adds. “Not everybody in your buying community can buy.”

Colleen advises that, when initially talking to prospects, to look for ways the call can be useful to both parties. Maybe it’s research. Or a moment to educate your potential client. You might learn whether or not they’re able to buy. You could take the opportunity to deliver a new idea, value or insight they can take across their organization.

Take a page from Alec Baldwin, and reinvent yourself. Let’s write a new rule: Always be … connecting. 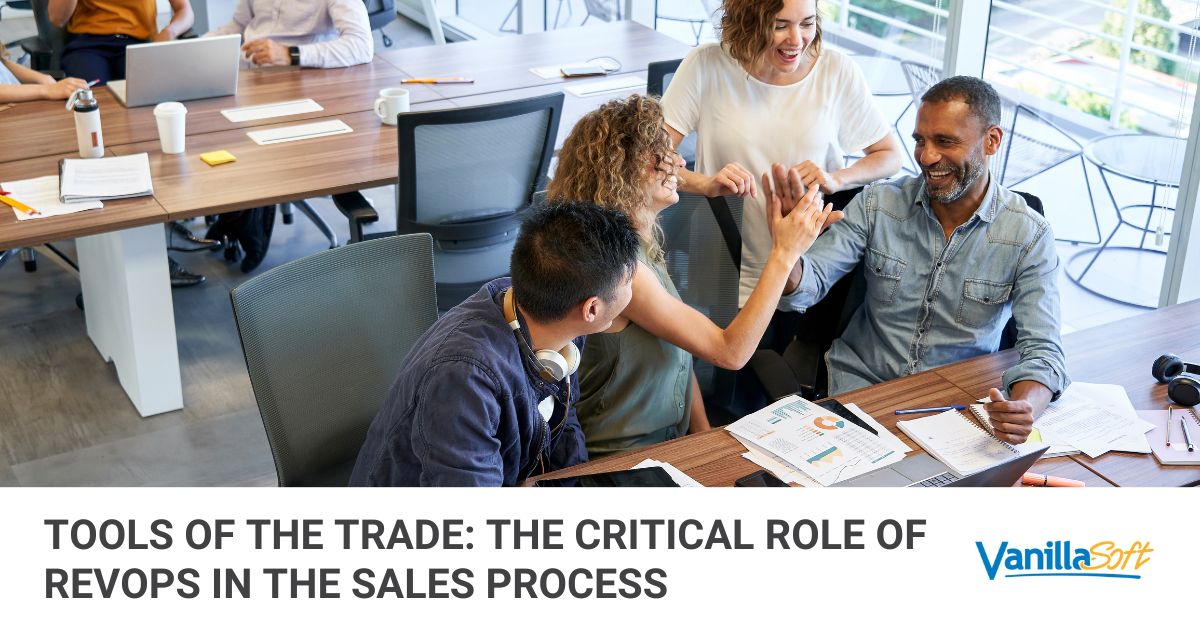 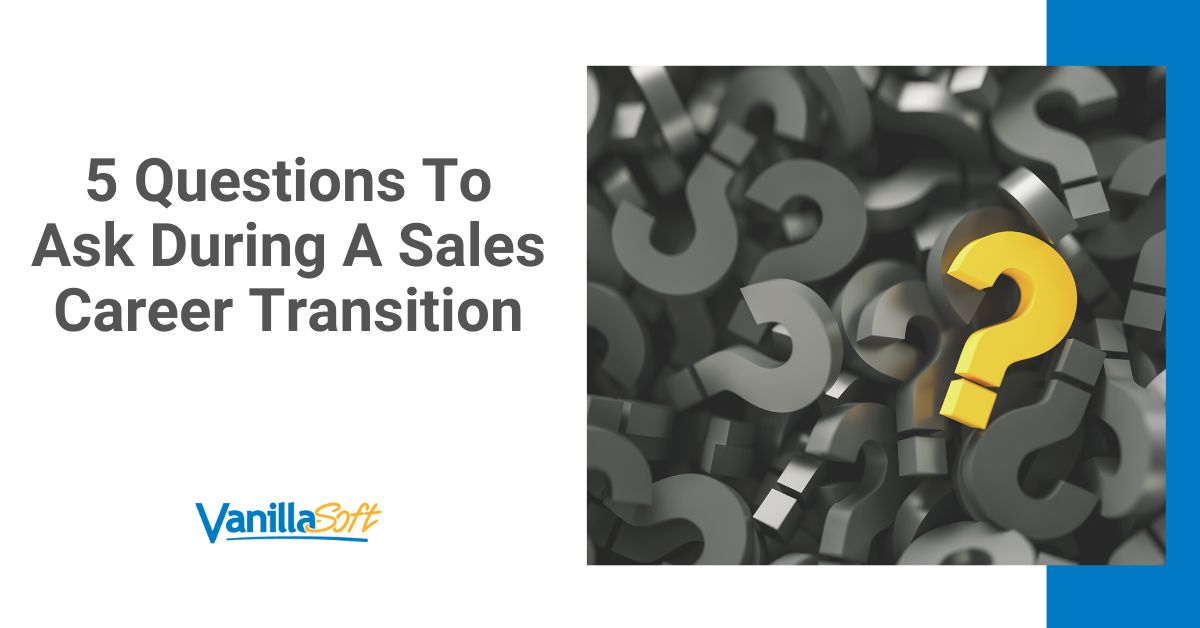 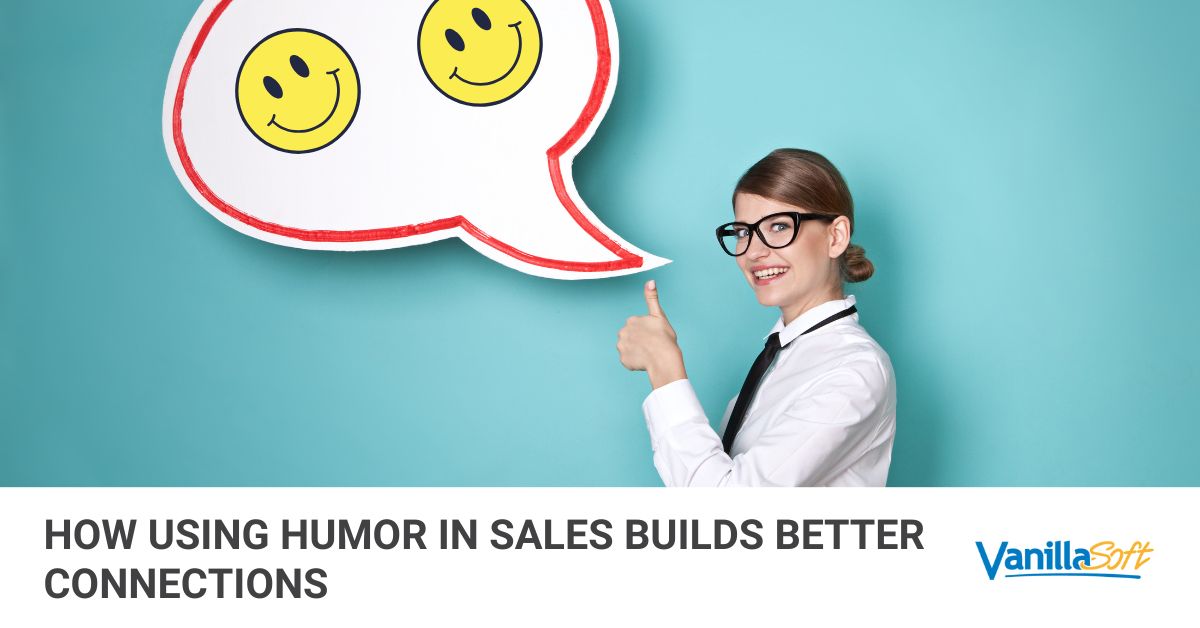