Go Off Script! How Sales Improv Techniques Can Improve Your Numbers 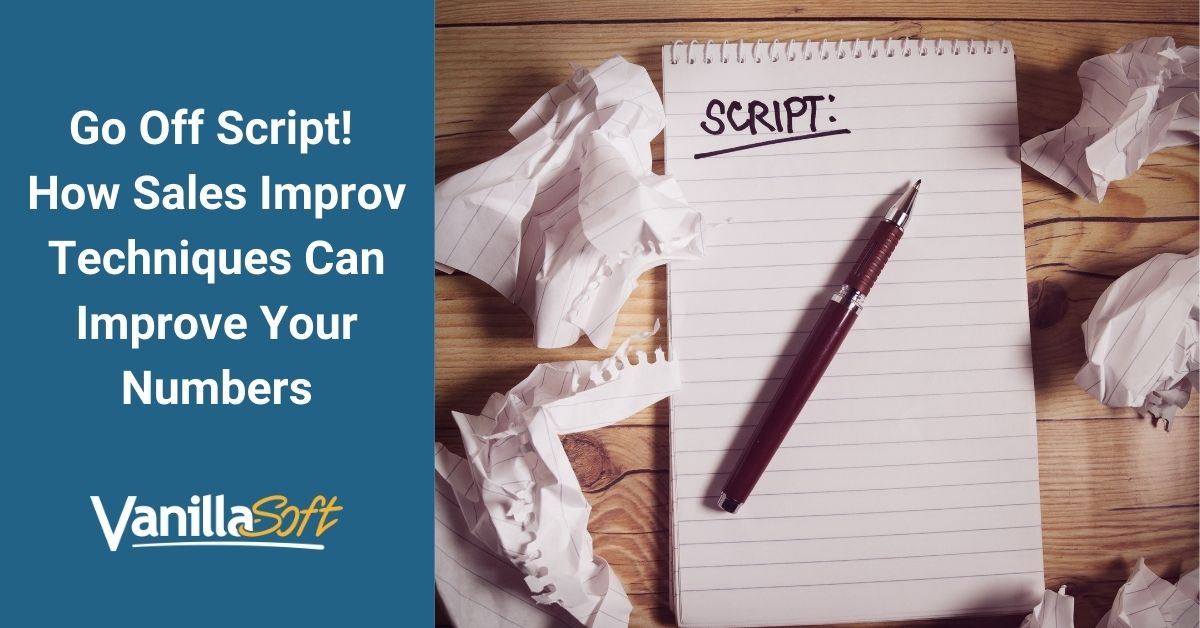 Some people seem to have been born with the ability to command a room. You know the type: They can grab a mic and spontaneously entertain a crowd.

I admire this confident breed, and Gina Trimarco is unquestionably one of them. She’s been dubbed the Oprah of OutBound — the annual OutBound conference, that is — because of her ability to think on her feet. And the moniker is quite apropos.

Gina owned a theater and taught improv classes for 11 years. As luck would have it, she taught a bunch of timeshare sales reps, who ended up successfully applying her advice on the job. That’s all Gina needed to hear to branch out from corporate leadership training and end up in the role of Master Sales Trainer at Sales Gravy.

She’s got some game-changing thoughts about how “we can improve emotional intelligence through improv” and move conversations along organically, which she generously shared on an episode of INSIDE Inside Sales.

Go big with your small part!

To get into the right headspace to really absorb Gina’s genius, imagine your current sales position as a role in a play.

Whether you’re a BDR, SDR, AE — doesn’t matter, you could feel like a small cog in a big machine. Like that popular kid got the starring role and you’re stuck playing the tree in the background.

The thing is, a really skilled actor can turn a small part into a big part, Gina says. And that’s what you should aim to do in your everyday conversations with prospects. You want to take what seems like a monotonous task and turn it into a performance by listening and responding to your audience (even if it consists of just one person at a time).

Yet, there’s a bit of a caveat here. Sometimes, people can take it too far and overpower the stage with their supporting parts.

To learn how to balance their presence with that of other players, improv actors cultivate emotional intelligence (EQ) — the ability to read a room. If you can pick up on your audience’s emotions, you can adapt your performance accordingly. EQ is about self-awareness too, because you’ve got to know when to step back from being the center of attention and listen.

How to master this skill

Think about what happens in an improv theater. Sometimes the audience is that other performer — they actively dictate what happens next. That’s the role of your prospect. When you’re engaging in a little sales improv, envision the person you’re speaking with having their own lines to read. You have to stop talking and give them the space to jump in when it’s their turn. This makes them feel heard.

Gina suggests using any silences that pop up in your sales conversations to your advantage. “Engage them to the point where they want more from you,” she says. A bit of waiting goes a long way.

Present your offer in one take

The best conversations and presentations are unscripted. We believe in being real at VanillaSoft, and that’s why we let things flow naturally on the INSIDE Inside Sales podcast. What you may not realize when you’re listening is how many times we mess things up or end up on a different path than we intended. You’re probably super forgiving about any little goofs you hear.

Guess what? That’s because most people are. And that includes the people you’re selling to. They’d rather see you being an obviously fallible human than trying to be perfect.

“Being able to do things in one take is about having a willingness to fail,” says Gina.

That’s just part of the game. Think of it like learning a new language: You’re guaranteed to screw up some words and say something crazy embarrassing (je suis chaud, anyone?) — more than once. But the very fact that you know this will happen makes it less frightening. Then, when the big flop actually comes, you’ll get over it quickly.

How to master this skill

Just let the other person tell you who they are. Improv performers don’t pepper their audience members with biographical questions. Instead, they pick up on one or two obvious things (like who they came with and what they’re wearing), and use those as a bridge to find out more.

How would you coach someone who’s terrified to run a marathon? Have them take one step. That’s what improv teaches us to do.

Ultimately, the lesson we can learn from improv is to live in the moment. And, to be honest, a lot of us suck at that. We’re planned and scheduled down to the minute, especially as sales reps. What if, just for this call right now, you didn’t have a plan?

You ooze authenticity when you’re adaptable

The theme of Gina’s advice is something you’ll hear me say a lot because it’s so important.

In other words, putting yourself in your potential buyer’s shoes, removing their fear of making the wrong decision, and then bending your script to meet their needs.

Rather than persisting with the scene (sales conversation) you thought you wanted, adapt to the scene you actually see unfolding.

If any of this sounds scary to you, I’m giving you your next professional development assignment: Attend an improv show, or better yet, a class! I guarantee that, like Gina’s timeshare sales rep students, you’ll get obsessed with showing up authentically — and imperfectly. 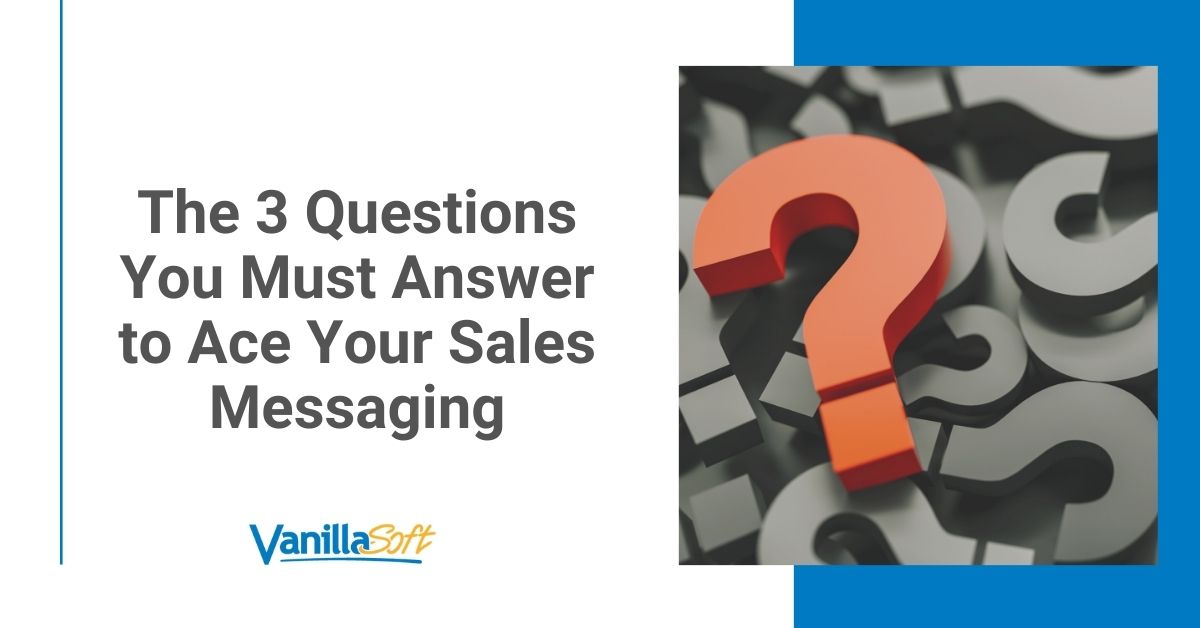 The 3 Questions You Must Answer to Ace Your Sales Messaging 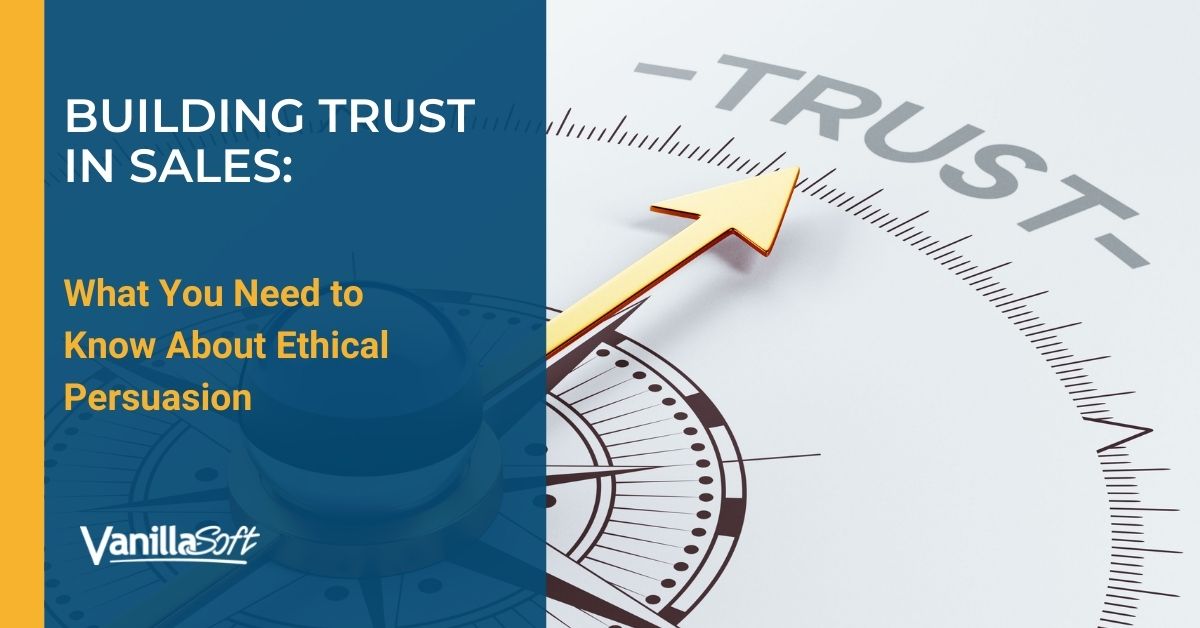 Building Trust in Sales: What You Need to Know About Ethical Persuasion 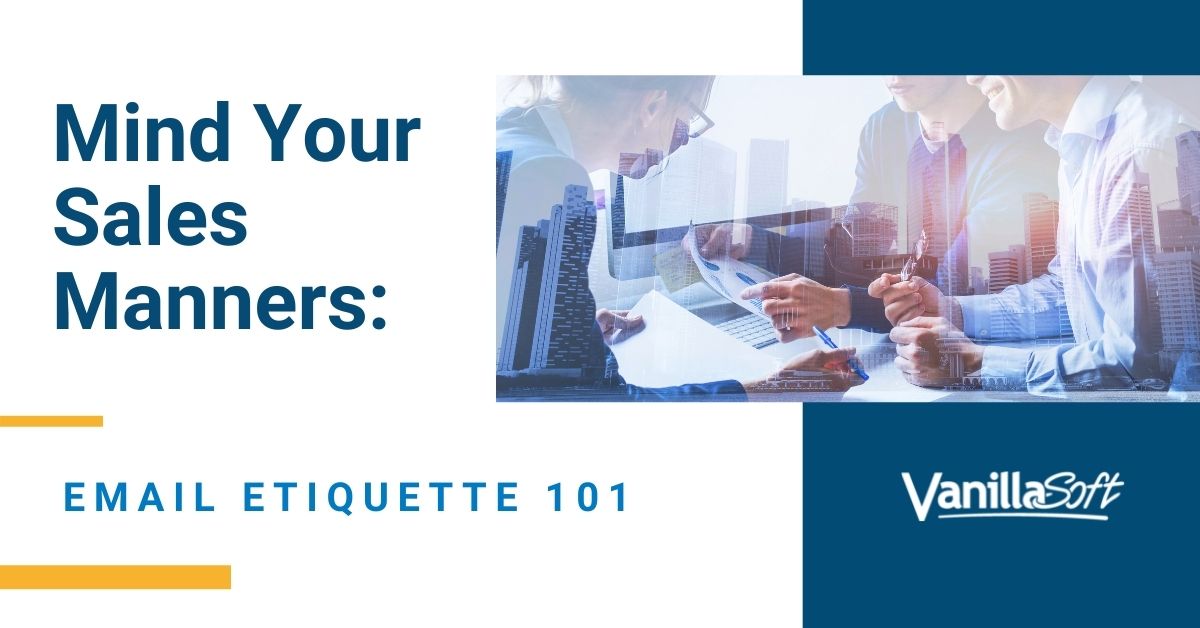