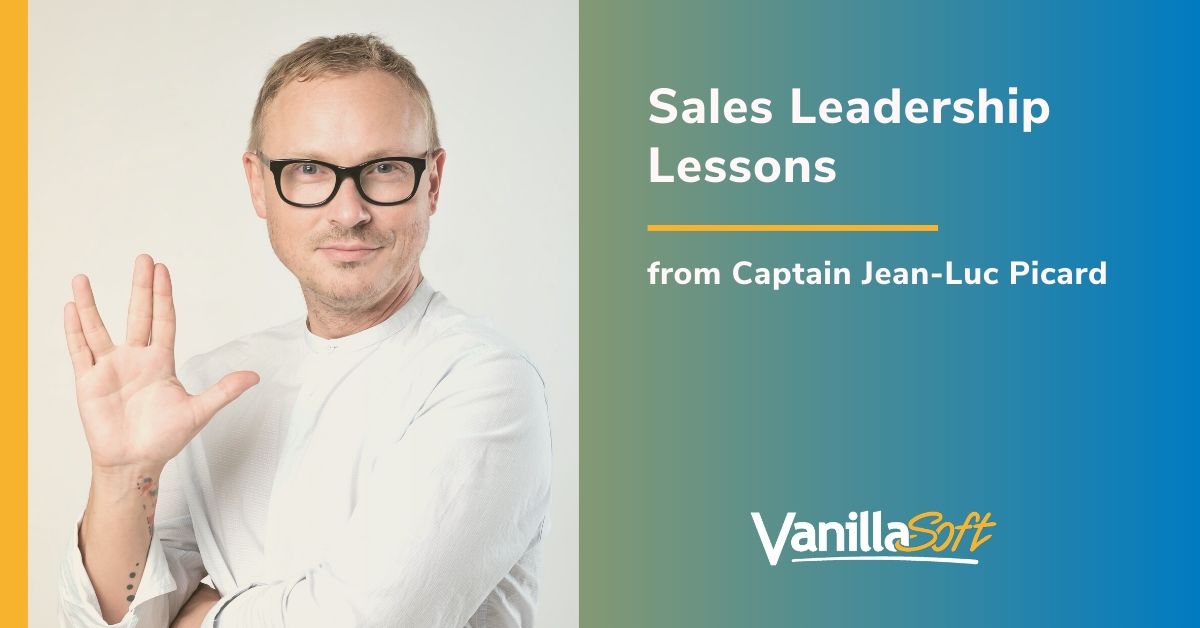 Let’s start off with a little sales leadership inspiration…

“Things are only impossible until they are not.” ~ Captain Jean-Luc Picard

Confession: I am a science fiction fanatic. My eleventh birthday was Star Wars themed (back when there were just three movies). My dad bought me my own copies of “The Lord of the Rings” at six because he was sick of me stealing them. I’ve always found inspiration in the pages and vision of the creators – whether it’s the utopian world of Star Trek, the commentary of Asimov, or the dystopia of later Dune Saga books.

One of my touchstones has always been Star Trek: The Next Generation (the one with the bald captain who is also Professor Xavier). In this second iteration of Gene Rodenberry’s altruistic future, we follow Captain Jean-Luc Picard and his intrepid crew as they establish relationships with new alien species, fight the Borg, defeat monsters-of-the-week, laugh at Lieutenant  Worf’s inability to operate doors, and Commander Riker’s inability to sit in a chair normally.

So you can imagine my excitement and nerves when “Star Trek: Picard” premiered this year. (No spoilers — and my “opinion” of the show is still being formed.) It’s been a true delight to reconnect with one of my touchstones upon whom I model so much of my own leadership style.

But this isn’t a pitch why you should go binge-watch “TNG” on Netflix right now – it’s leadership lessons in sales from the beloved Captain of my childhood. Whether you’ve seen the show or not, the seven seasons gave plenty of examples of superb, and subpar, leadership.

When the Captain makes a decision, it’s final

“Season 3, Episode 15: Yesterday’s Enterprise: Due to complex mechanics never explained, a prior version of the Enterprise enters the current Enterprise’s time and space continuum. Throughout the episode, the ships’ crews become close, and those bonds are tested when it’s revealed the only way to save the day is to send the older ship back where they came from as their deaths were the foundation of a peace treaty that ended a war. If they don’t go back to their deaths millions will die in the intervening years of war. What is a captain to do? Do you send your new friends to certain death? Or do you kill millions of people in a prolonged war? Picard considers all options but decides that the good of the many outweighs the good of the few. Crewmembers appeal – but they know that it was the right call, and there’s no way to change Captain Picard’s mind anyway.”

Sales leaders are inundated with no-win scenarios. Do you keep training a rep who has struggled for a year or cut your losses and eat ramp time for a new rep? Do you offer a discount to get this deal over the line this quarter or let it push to next quarter? Big decisions need to be made quickly, and the consequences handled decisively. Wavering and unnecessarily seeking others’ opinions does nothing but sew chaos. Take what time you need to make a decision – but when you make it, stick to it. That certainty will console your team even if they disagree with you.

[bctt tweet=”Take what time you need to make a decision – but when you make it, stick to it. That certainty will console your #salesteam even if they disagree with you. Check out this article for more #leadership tips. #B2BSales #SalesLeaders.” username=”VanillaSoft”]

Captain Picard takes the complex and makes it understandable

Season 5, Episode 2: Darmok. This is considered one of the best episodes of “TNG” (and my absolute favorite). Here Captain Picard attempts to crack the language of the Tamarian people who speak only in metaphor, rendering them impossible to communicate with. Watching Captain Picard and the Tamarian Captain communicate despite the language barrier is plain good TV. What makes it my favorite episode is listening to Picard explain what he’s trying to do. He takes an incomprehensible situation, and by narrating his thought processes in the end, YOU’RE speaking Tamarian.

Sales leaders need to be experts in making impossible topics and complex challenges easy to understand. Top leaders also instinctively motivate their sales team by making the complex simple. (For more tips on motivating your team, check this out!) You need to be able to ensure all parties involved understand, in their native tongue, what’s at stake. No jargon, buzzwords, nor bull***t. Make the connection and make your point.

Season 1, Episode 1: Encounter at Farpoint. The premiere episode is a prime example of Captain Picard’s ability to inspire his crew’s loyalty and justify their trust. On their first mission, the Enterprise crew is forced to deal with an omnipotent and omniscient being called Q, who threatens to destroy all humans because they are a “dangerous, savage child race.” As a result of the encounter, the Enterprise crew undertakes a series of dangerous actions which not only risk their mission but their lives. In every case, the crew followed Captain Picards orders. They gave him loyalty, and as a result, he rewarded their trust by saving not only the ship but the human race.

No sales leader has the time to explain the logic behind every decision to the entire team. As a result, loyalty and trust are essential. Early on, he sets clear expectations (e.g., telling an officer who didn’t want to go with families on the “safer” ship that he is a Starfleet officer and he must follow orders), and expands when he has time (e.g., with Riker when discussing the mystery of Q and Farpoint station). In the end, Picard guides not only the Enterprise but three different alien species to a happy ending.

Season 5 Episode 26 and Season 6 Episode 1: Time’s Arrow: One of the benefits of science fiction is you can “travel” to other periods in time. In this two-parter, the Enterprise crew find themselves in 19th Century San Francisco looking for an alien killing sick and poor. After a final confrontation with the aliens, one of the Enterprise crew (a younger version of the character Guinan – played by the incomparable Whoopi Goldberg) is injured. To make sure everyone in his charge is safe, he sends the rest of the crew back to their 24th century present, while he stays back to care for Guinan. Luckily his crew in the 24th-century figured out how to help Captain Picard find his way home, and all is well.

The 24th Century present would have suffered terrible damage if Captain Picard abandoned Guinan. It would have been easy for Picard to get everyone who should be in the 24th century into the 24th century. But, Captain Picard knew the goal was to save the crew and preserve the timeline. He stayed focused on that big picture even when it meant risking his life by staying behind.

Sales leaders also need to keep the big picture in mind. It’s not hitting your numbers this quarter, but doing it the right way every time. Sales leaders need to balance many priorities to ensure everyone on the team can thrive. Keep your eye on the prize, not the minor annoyance or the easy way out right in front of you.

Captain Picard held everyone to their core values

Season 4 Episode 21: The Drumhead. When Starfleet intelligence finds a spy on the Enterprise, the entire crew comes under scrutiny. One crewman is singled out because of his (until then hidden) ancestry. When everyone is sharpening their pitchforks ready to condemn this crewman, Captain Picard is the voice of sanity. He reminds the crew of the core principles Starfleet stands for and calls out the flaws that led them all to that point.

Sales leaders must live the company values and mission. It’s not perks and ping-pong. It’s every customer interaction, every PIP, every support ticket. In the world of “spray and pray,” spam and other less-than-savory tactics, it’s more important than ever leaders help their team stay true. (Not sure where to start? We’ve got you covered)The whole team needs to know what the unbreakable code of conduct and values are – and be enabled top-down to deliver it.

Now that I think about it, I’m not surprised I drew inspiration from the fictional captain of a spaceship. Most sales leaders are also exploring strange new markets, seeking out new prospects, new companies, boldly going where no one has gone before.

You, Ms. or Mr. Sales Leader, are the captain of your ship (product) leading your team (crew) into the unknown. They need to SEE you be decisive, make the big and scary understandable, earn their loyalty, get the necessary outcomes, and lead with integrity. 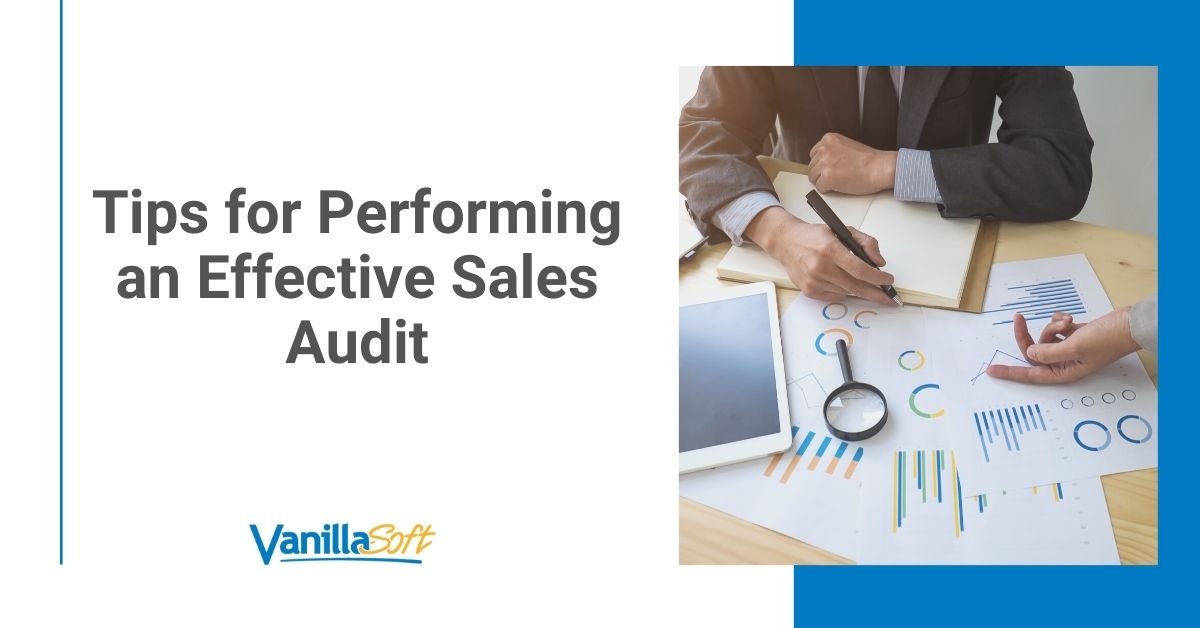 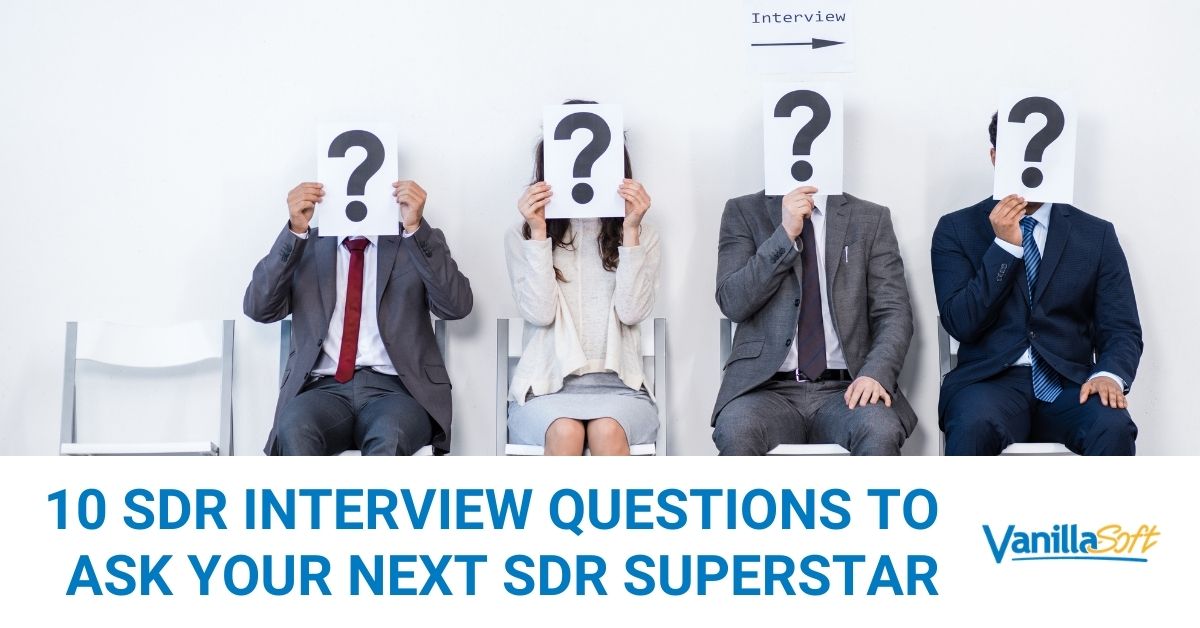 The Top 10 SDR Interview Questions to Ask Your Next SDR Superstar (Or It’ll Cost You!) 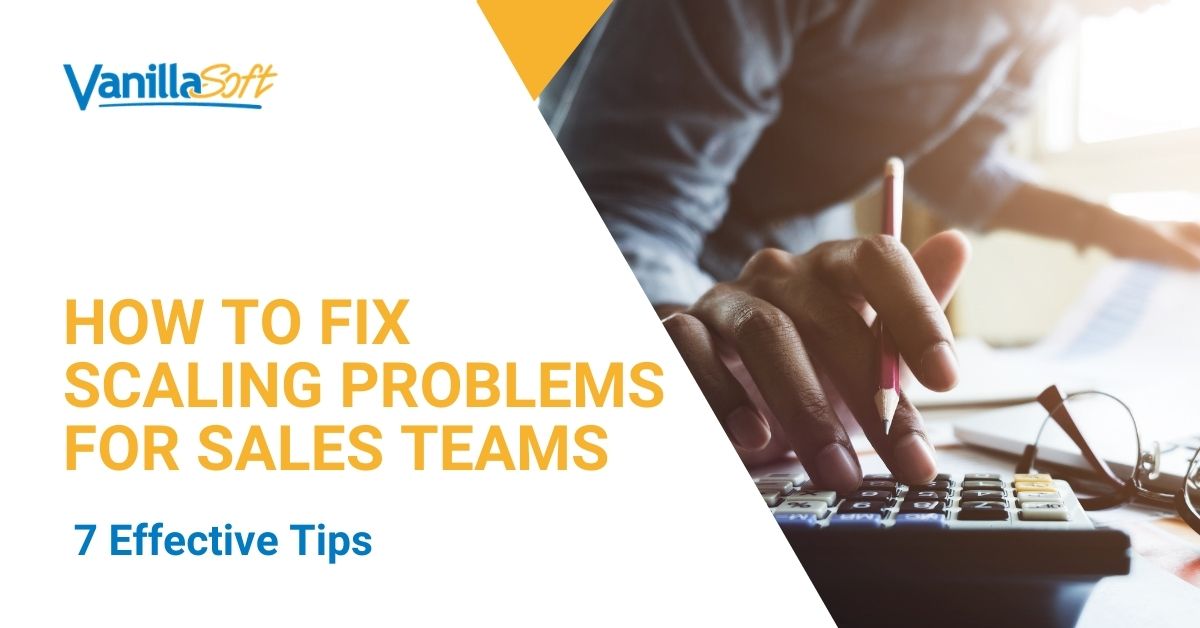