Get More Out of Your Discovery Calls: 5 Best Practices from a Sales Expert 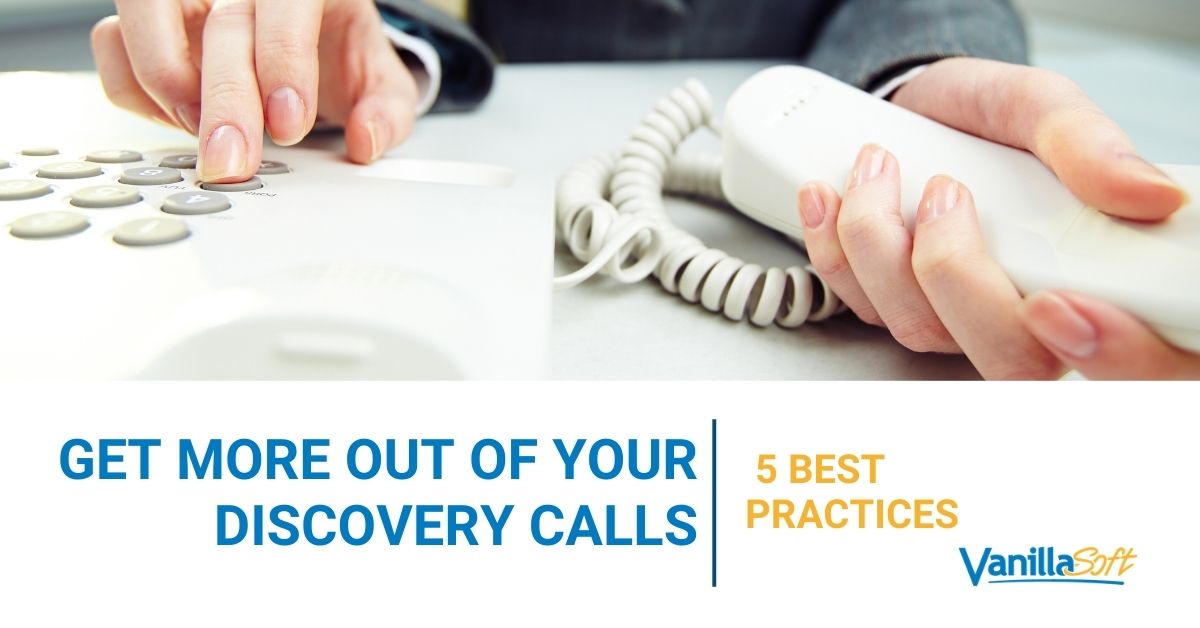 Celebrity psychic Sylvia Browne’s predictions were largely inaccurate, vague, and totally debunked, but she did provide this enduring insight: “Steve Jobs was Galileo in a past life. Discovery was instinctual for him.”

Discovery isn’t instinctual for most of us, though. We need to learn how to do it right.

Refract co-founder Richard Smith classifies discovery as the most important stage in the sales process –– the first scheduled conversation. This means that you’ve already got past the cold call.

“It’s when deals are won or lost,” Richard says. “If you get discovery wrong, you can forget about the rest of the process.”

Richard knows best practices for each stage of the sales cycle inside and out. His company, Refract, uses AI to analyze every conversation, call, demo, meeting, and email. Based on those interactions, its software profiles “revenue-defining moments” and identifies key information that can provide successful outcomes for your team.

On an episode of INSIDE Inside Sales, Richard breaks down why a good discovery call can help you quickly determine if your solution is a good fit for the prospect, give you the information you need to put together a compelling proposal, and help you establish value according to their pain points –– all while being able to anticipate objections and price negotiations.

If you’re reading this blog, you probably consider yourself a sales professional. But we often don’t hold ourselves to the same strict standards other professionals do.

Richard says it’s crucial to treat discovery as an essential stage in the sales process. That means dedicating concerted time to it.

Though many salespeople still think of discovery as asking a few qualifying questions early on, he recommends scheduling and preparing for a dedicated call complete with agreed-upon expectations.

Richard also advises us to record our calls, listen to them, and learn from them.

Take a page from elite performers like pro athletes, actors, musicians, and professional poker or chess players: Every one of them watches or listens to (and studies) their past performances.

They test new strategies and techniques, watch/listen to them again, and refine them based on careful, objective (as possible) observation.

“That’s how you get better at what you do,” he says.

Refract users do it –– “we know that,” he adds. “But I think, based on the majority of conversations I have with sales leadership, it’s a very alien concept.”

Though he admits there’s some debate about this, Richard thinks discovery calls should be a completely separate conversation from the demo.

It’s difficult, we know: You can’t wait to share your screen and dazzle buyers with those brilliant features and dashboards.

But what happens is you end up giving basically the same demo you’ve done 50 times over, showing off the bells and whistles you think are cool –– “most of which aren’t relevant because you hadn’t allocated discovery time to understand what’s worth showing,” says Richard.

So instead of sliding into demo mode, you should devote the entire call to information gathering.

“Don’t dilute it with your product demonstration,” he adds.

“If you do 30 minutes of discovery, you’ll figure out which 20% of your product is relevant for a particular prospect” –– and you’ll be able to concentrate on the features and qualities that address their specific challenges. Chances are, you’ll have plenty of time.

Salespeople tend to start discovery calls with no agenda whatsoever. But a solid plan is essential, Richard says.

He’s not talking about the kind of agenda we might see in a more formal setting: 1. Topic A; 2. Topic B; 3. Topic C. A discovery-call agenda should only set expectations concerning the purpose of the call and the desired outcomes for the conversation.

Often Richard sees sales reps start a discovery call with the usual pleasantries –– Hey, Darryl, how’re you doing? How’s the weather in Canada? –– and then proceed with their questions without a clear outline.

Meanwhile, “Darryl’s at the other end of the line thinking, I’m unsure about what happens at the end of this call. Is this guy going to ask me to get out my credit card? What happens next?”

With no clear buy-in or objective at the outset, it’s a recipe for “trepidation on behalf of the buyer,” he adds.

“It makes them resistant to give away information as freely as you’d want them to.”

Instead, you can ask them something like: Do you still have a half-hour to talk today? What would you like to accomplish during our call?

Then you can say: I’d like to discuss X with you… and at the end of our call, we can do Y or Z. Does that sound reasonable to you?

Boom: Everything is out in the open and you’re ready to roll.

“It’s those little words prospects drop in that are almost silent, that seem almost irrelevant when they say them, because they might say them under their breath,” Richard explains.

“You tell them something about your product and they say, oh, that’s interesting –– or yeah, that can be a challenge.”

Listen closely for those kinds of phrases and inflections, he says. They can indicate everything from levels of interest to surface pain. Most salespeople gloss over those reactions and move on to the next question.

By identifying these emotive nuggets and urging the prospect to elaborate –– for example, by adding, Tell me more about why you just said that –– you can often “learn 10 times more than you ever would’ve learned if you just carried on with your usual set of questions.”

It’s important to understand that many buyers may not know how to buy the products and services we sell, says Richard.

If you come to the end of a discovery conversation and ask them what happens next, you might be disappointed, especially if they’ve never before invested in a product or service like the one you’re selling.

The prospect might just take a guess and say: Well, I think I’ve got to speak with this person… or look at getting this team involved… Maybe we can do some sort of trial.

“That leads to dead ends,” he explains.

Don’t let the buyer drag you through their red tape. Instead, Richard recommends “taking prospects by the hand and guiding them through your process.”

That doesn’t mean being heavy-handed — you can’t force anyone to do what they don’t want to do. But you can say: Typically, this is what happens next.

What’s next is usually a demo, and you can suggest that the prospect loop in colleagues who might need to see it too.

If you shepherd them through each step, Richard says, “you’re making it easy to buy from you.” 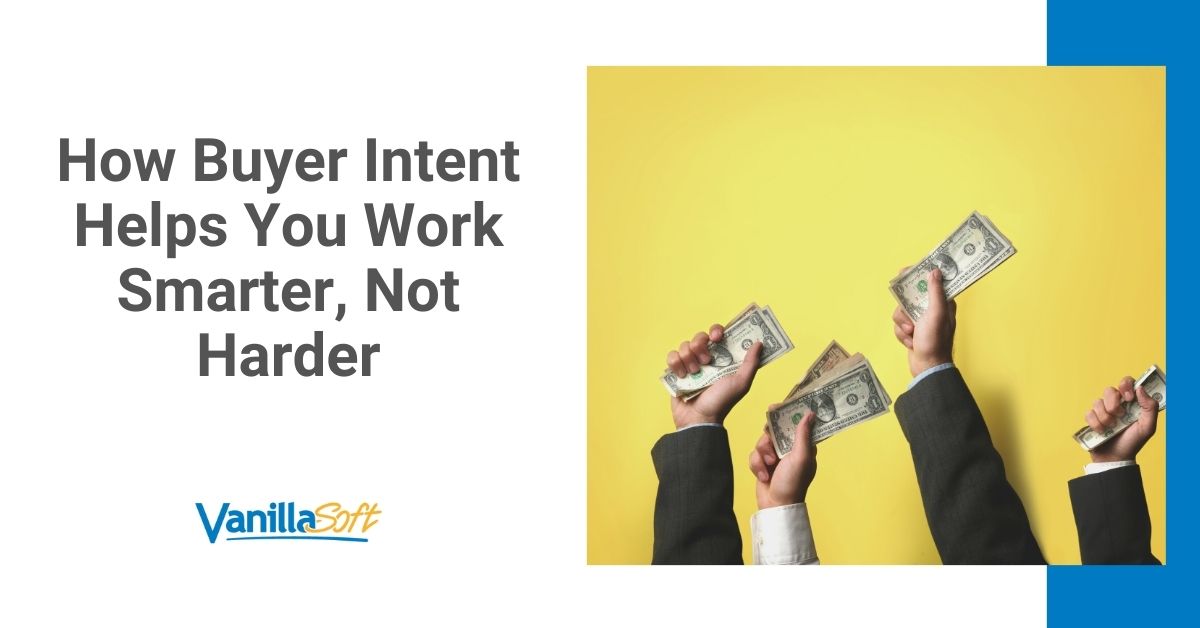 How Buyer Intent Helps You Work Smarter, Not Harder 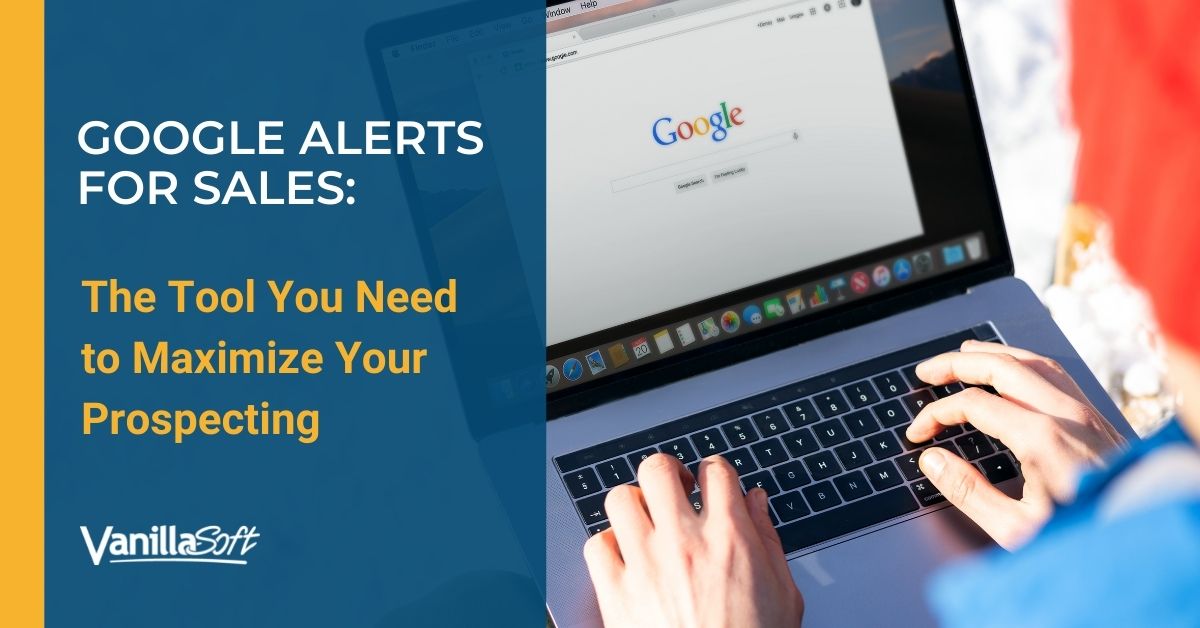 Google Alerts for Sales: The Tool You Need to Maximize Your Prospecting 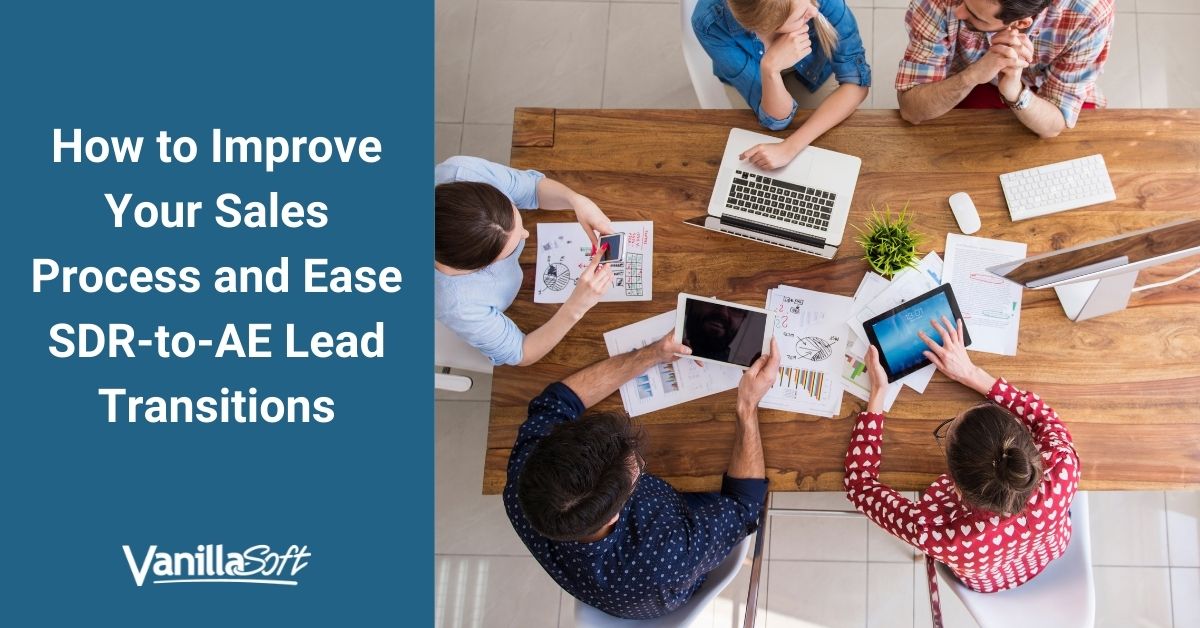