Get Out There, From Wherever You Are: Why Personal Branding Is Crucial in Sales 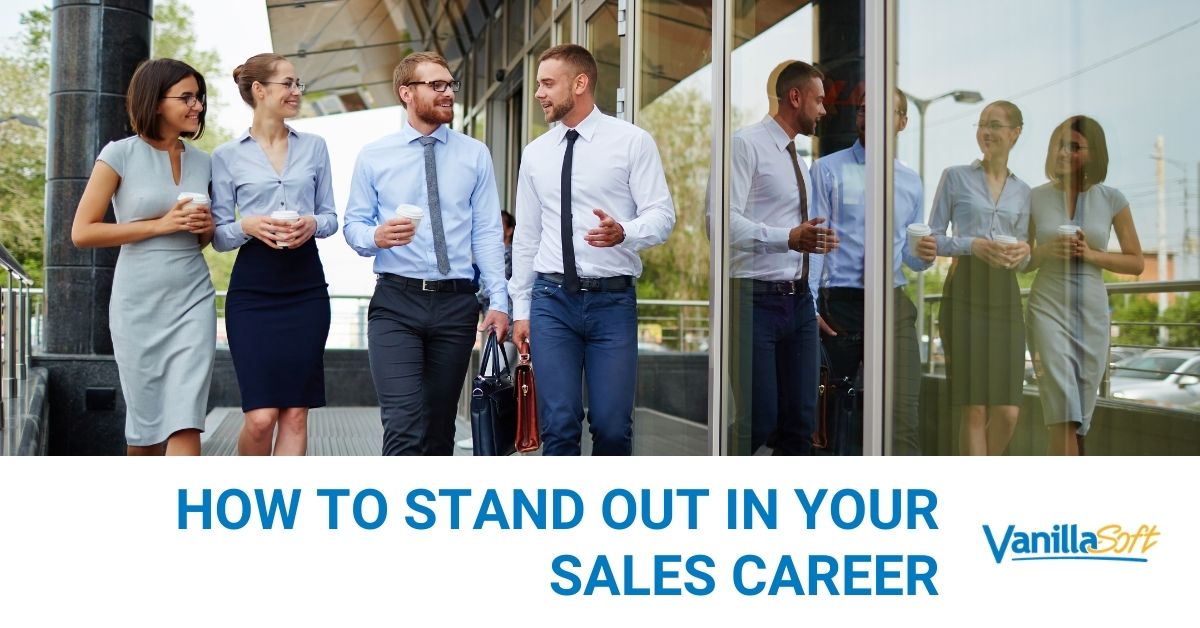 Anyone who’s old enough to remember the financial crisis of 2008-09 knows it was a disaster of epic proportions.

Sure, it might pale in comparison to the worldwide upheaval of a pandemic, but we do have a distinct advantage we didn’t then: Most of us, at least in sales and marketing, have the ability to work from anywhere.

Jason McElhone was once a successful stockbroker who weathered the early-’00s dot-com-bubble burst and the market meltdown after 9/11. For years he lived a Wolf-of-Wall-Street-esque lifestyle in Delray Beach, Florida, complete with mid-six-figures earnings (and plenty of drugs, too.)

“I had a ton of fun,” he says. “But to say I went off the deep end is an understatement.”

And even though he “saw the meltdown of ‘08 coming,” he blew a $4.1 million deal and eventually lost everything.

He ended up “in Georgia driving a forklift for nine bucks an hour, putting Craftsman wrenches on pallets and onto a UPS truck.”

It wasn’t until he was “wiped out” –– quite literally filing for bankruptcy –– and took ownership of “every ounce of my failure” that he began to turn his life around. He entered the world of sales and became a rockstar just by being himself. He founded RemoteOnline in 2019 and built it into the leading remote job site.

Now he boasts more than 125,000 followers on social media and a new lease on life.

So Jason knows what it takes to succeed in a crisis, even if you never leave your home office.

“We are deep into the biggest remote work revolution of our lifetime,” says Jason. “If you want to stand out from your competitors, you need to start creating content right now. That means building your own personal brand.”

On an episode of INSIDE Inside Sales, Jason shares his best advice on personal branding (spoiler alert: do it now), insight on growing an audience by being yourself, as well as tips for creating content.

You don’t have to be an entrepreneur to create content, he says. As an SDR or AE for a firm, you have an opportunity –– a mandate, really –– to hone your virtual skills.

“There are never going to be as many face-to-face meetings again,” Jason notes. “There is going to be a run on talent to hire the 1% that create content.”

He admits he didn’t even know how to begin creating content until 2017 when he made his first video inside a Dunkin’.

He was so nervous, he “almost threw up my donut in the parking lot,” he says. “But I somehow got myself together and said, I know I need to do this.”

Little did he know that by 2020, video would become essential in an increasingly virtual world.

Whether you write, podcast, or make videos, nurturing your “virtual talents” can go a long way toward facing fears and building confidence.

It took three years and about two hours per day to establish his current level of success. But he says that once he generated 50 million-plus views, about 20% of his outreach to prospects was immediately successful.

Google reports that 90% of all content consumed in 2020 was video, says Jason. That includes everything from TV to YouTube to TikTok.

“So if you’re not in front of the camera, which gives your audience a chance to see you –– and learn to trust and like you –– you’re making a huge mistake.”

If you’ve got an idea, whether it’s “a tip, a trick, or a success, even a failure,” –– you should find a way to share it, as long as you can connect it to what you do in your career.

Jason’s most successful post ever –– which racked up 2 million views on LinkedIn –– was a frank discussion about his bankruptcy in 2008.

Talking about that, or about “cancer you survived, or your partner who screwed you for a few million dollars and how you came back” –– is worth its weight in gold.

“Put that on video, put that on a podcast, write that down –– even if you’re afraid,” Jason adds.

The overwhelming information about the YouTube success falls into two areas: niche down and address what’s trending.

Justin’s niche is sales and remote work, which itself gained viewers and subscribers on YouTube. But his channel grew exponentially when he made videos about stimulus checks and government COVID relief loans for small businesses.

“Small businesses by the millions are going out of business,” he says. “I’ve chosen to take very complex subjects, and instead of doing 15-minute videos loaded up with AdSense, I narrow them down to three or four minutes.”

They work because he “gets to the point,” he says. “I tell you the truth –– take it or leave it.”

In the span of about a month in early 2020, his videos on COVID-related finance topics were viewed almost 20,000 times on YouTube.

“That’s an insane amount of engagement for someone who’s just getting started,” he says. “So my advice is don’t just niche down … pay attention to current events and be authentic, be real.”

But the most important advice he shares is much more simple.

“You’ve got to pull the trigger,” he says. “You’re going to find people who say: This girl or guy is telling me the truth. They’re educating me and also entertaining me.”

If you stick with your channel long enough (and your viewers keep coming back for more), Jason says: “Here comes the credit card or the check –– for whatever it is you happen to sell.”

It may seem daunting at first, but if you get out of your own way, “your life will change in ways you’d never dream possible,” he says.

“Don’t worry about being perfect.”

Find your passion, find your people

Jason has a simple definition of personal branding: “Talk about what you care about. It rhymes, and it works.”

Whatever your age or background, sharing what you love comes naturally because it’s “your purpose for being,” he adds.

If you’re passionate about barbecue, you can find pitmasters making millions on YouTube smoking meat, no matter if they’re in the American South or anywhere else on the planet.

To put it another way, your authority comes from your passion, not your provenance.

If you don’t yet know what lights you up, Justin suggests consulting with your significant other and/or family, asking: What do you constantly catch me talking about? What do you think my passion is?

Plenty of folks don’t know the answer, but there’s no time like the present to find out. 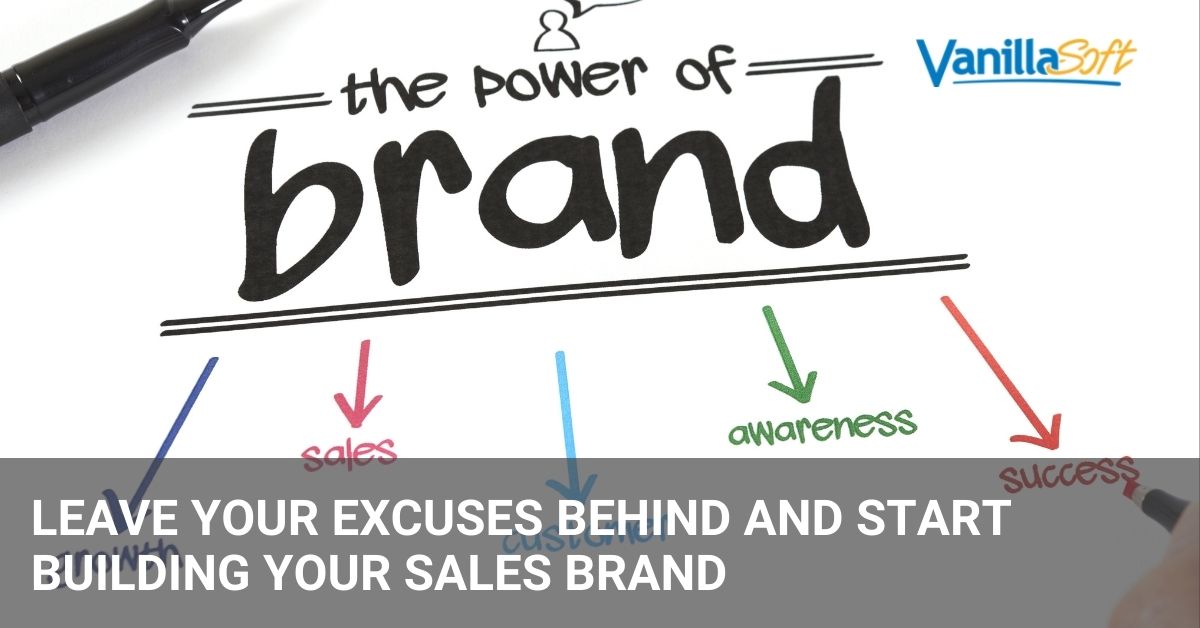 Leave Your Excuses Behind and Start Building Your Sales Brand 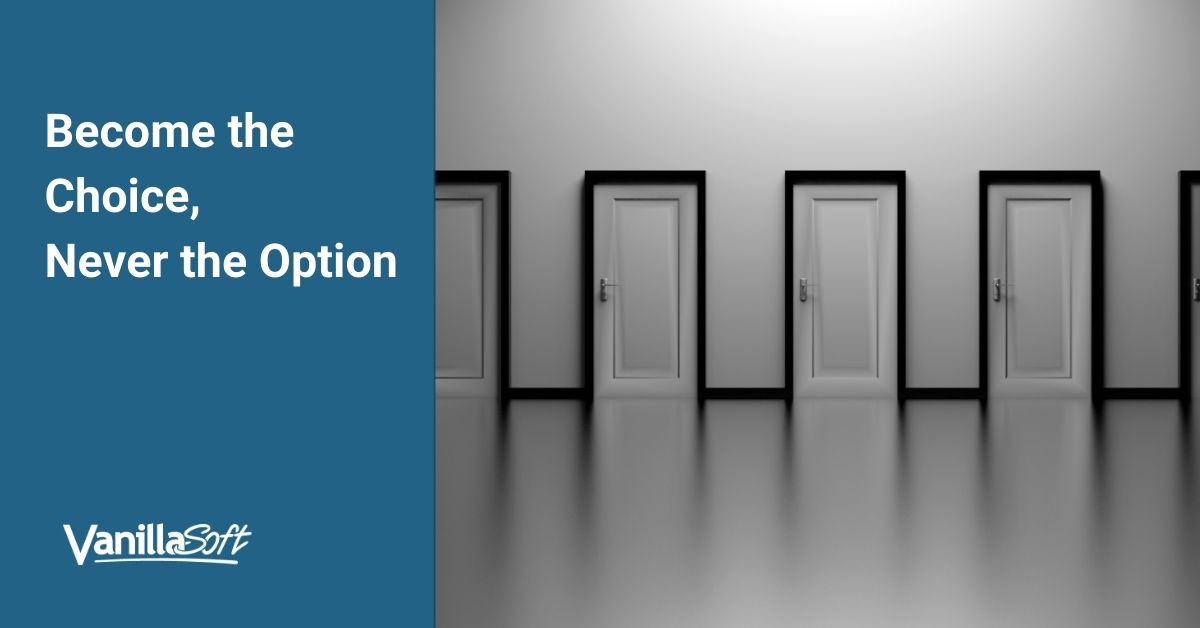 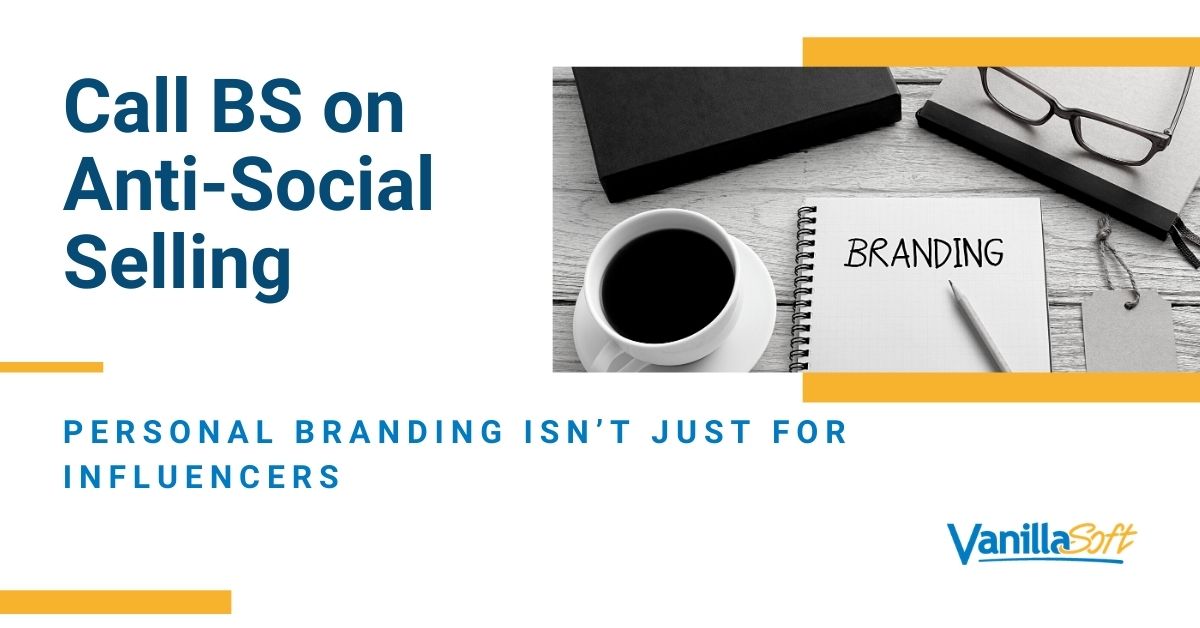